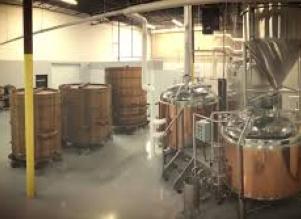 Last week's drama in Oklahoma, with A-B's attempts to block a bill in committee which would eventually drive them out of the branch business in the state, has garnered some strong reactions from the bill's backers.

Kevin Hall, Executive Director of LOCAL, a lobby organization supporting the bill, calls out A-B directly in a statement, and with some strong language:  “My organization supports craft beer brewers and craft beer drinkers….. The single biggest hurdle now to alcohol modernization is Anheuser-Busch…… They have now taken to bullying legislators and Oklahoma businesses that support updating our liquor laws…… They care about expanding their already massive corporation, owning and controlling the means by which products get to market and pushing competitors out of business.  LOCAL is asking our legislators not to give-in to demands made by huge, foreign-owned companies like Anheuser-Busch."  Damn.

While this bill is far from dead, it does point to the problem A-B seems to have when directly lobbying in statehouses, even in states where they have sizable breweries.  That's not to say that their state lobbying efforts have always failed -- but they tend to do better when they work quietly behind the scenes with other industry partners, like allegedly greasing the skids in helping loosen Arizona and Florida's craft beer laws.

But when it comes to protecting their legal right to own distributorships, they are alone on a political island. It's hard to build an industry coalition around owning branches when you are the only large brewery interested in owning them, and many if not most states allow small craft brewer carve-outs for self-distribution.  And pushing for bills to allow more freebies for retailers doesn't garner a lot of support outside of those retailers either.

However, while A-B has been aggressive in acquiring craft brewers in various states, perhaps that will help their political efficacy in those states, particularly as they seek to expand their taproom businesses, an easier position to defend.  (We've heard A-B is looking to hire somebody for the sole purpose of running/ developing out taproom concepts).

But branches in particular have been an Achilles heel in the statehouses so far, and it hasn't even been close.  With the exception of their home state of Missouri, where an anti-branch bill faltered, we count that A-B has lost nine battles in nine states with various branch legislation:  Wisconsin, Wyoming, Louisiana, Illinois, Nebraska (unanimous), Idaho, Ohio, Kentucky, and Tennessee.

If you add up all the votes in the statehouses for these bills, A-B has lost 822 to 80.  So it appears that when it comes to branch legislation, A-B faces an uphill battle, often against their own distributors.  But that's the thing:  Distributors usually personally know their local and state politicians, including the governor. As former Speaker of the U.S. House Tip O'Neill once famously said, "All politics is local."