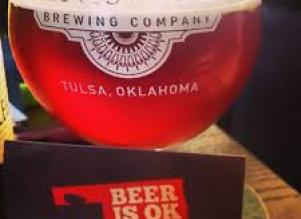 The National Beer Wholesalers Association estimates about 30,000 people in Oklahoma make a living in some type of job related to alcoholic beverages or sales, about 2 percent of jobs in the state, according to numbers presented at a forum on alcohol policy in Oklahoma City on Wednesday.

Lester Jones, chief economist for the national association presented revised numbers on the economic impact of the alcoholic beverage industry in Oklahoma City at the forum.

The industry has a $4.2 billion annual economic impact in Oklahoma, and the industry generates about $700 million in annual tax revenue, Jones said.

"A lot of people depend on this industry for a living, so how we regulate it and bring alcohol to the market is important," he said.

The Center for Alcohol Policy presented the forum on Wednesday in partnership with the Oklahoma Alcohol Beverage Laws Enforcement Commission to examine the role states play in alcohol regulation and the numerous stakeholders who could be impacted when considering changes to alcohol policy.

John Maisch, former general counsel of the ABLE Commission, spoke at the event about alcohol law and what he believes is the importance of keeping the state's three-tiered alcohol distribution system in place. The three-tiered system means alcoholic beverages must pass through a distributor before ending up on package store shelves.

Maisch, who now teaches business law at the University of Central Oklahoma, also has recently founded the Institute for Responsible Alcohol Policy, a not-for-profit group that has support from two local distributors, among other stakeholders.

“The three-tiered system goes way back to the 1930s when government realized that a highly controlled, lawful market is better than a completely unregulated, illegal one,” Maisch said.

Mike Madigan, an attorney who specializes in alcoholic beverage law, said the three-tiered system gives more selection and wider access to a large variety of products.

“Under a three-tiered system, no one business can monopolize the market,” he said.