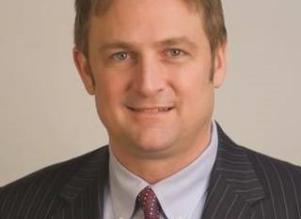 A famous statesman once wrote, “Progress is a nice word, but change is its motivator, and change has its enemies.” This is certainly true when it comes to Oklahoma's efforts to modernize its alcohol laws, especially as several stakeholders are asked to adjust their business models.

As Senate Joint Resolution 68 — the proposed constitutional amendment seeking alcohol modernization — moves through the Legislature, Oklahomans can expect to hear several scare tactics used by entrenched special interests supporting the status quo. For example, opponents inaccurately assert that prices will automatically increase if the distribution system is modernized. That criticism is misleading and does not hold up under careful scrutiny.

The fact is that every other licensing state uses a distribution model similar to that proposed in SJR 68, and prices don't increase or decrease simply because they use that distribution model. Like all products, alcoholic beverage prices are driven primarily by the laws of supply and demand. The price of an alcoholic beverage is based on factors such as the product's popularity, its perceived value, and the shelf price of its competitors.

Pepsi and Coke are two nonalcoholic beverages that serve as excellent examples of how prices are determined. Government doesn't require Pepsi and Coke to sell its products through multiple

And while most Oklahoma distributors provide excellent service without a distribution agreement, manufacturers must be allowed to designate a single distributor in the state in order to ensure that its products are efficiently distributed to 3,000 to 4,000 additional grocery and convenience stores if Oklahomans vote to amend our constitution.

A modernized distribution system would also provide stakeholders with a better inventory management system. Unlike the current distribution model, where manufacturers lose the ability to track their products after they're sold to Oklahoma's seven distributors, a designated distributor is able to identify and refill low inventories more efficiently because it manages that manufacturer's inventory for the entire state.

Modernization, like progress, is a nice word. But the modernization of Oklahoma's alcohol laws may require several stakeholders to change their business models in order to adapt to that change. If Oklahomans want to modernize their alcohol laws, they must also be willing to modernize their alcohol distribution laws. You cannot accomplish one without accomplishing the other.

Maisch is executive director of the Institute for Responsible Alcohol Policy. He previously served as general counsel to the Oklahoma ABLE Commission.