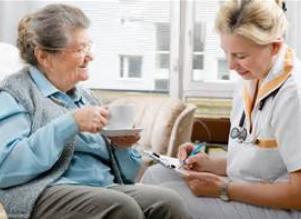 Nursing home rule change is worthy of consideration
by The Oklahoman Editorial Board Published: January 25, 2016

STEREOTYPES about government inanity exist for a reason. Consider this: Two entities providing the exact same service to elderly patients are paid different prices under Medicare and Medicaid. This reality suggests partnerships between Oklahoma's nursing homes and hospitals could generate up to $275 million in additional federal funding. But reaping that money will require rule changes at the state level, a loss of control for nursing home operators, and potentially increased liability for participating hospitals.

Even so, the idea is gaining traction.

In Oklahoma, roughly 70 percent of nursing home patients are on Medicaid. The rates for this state-
federal program are fairly low, and nursing home officials say they lose an average of $13 per patient, per day, when they accept a Medicaid patient.

Meanwhile, Medicare pays a higher rate for treating the same nursing home patients. Under the government's convoluted regulations, a nursing home that is owned by a hospital can receive the Medicare rate. An independent nursing home cannot, and must make do with the lower Medicaid rate.

This has created an obvious incentive for nursing homes to seek partnerships with Oklahoma hospitals. Basically, the public hospital would acquire a nursing home's license and then contract with the nursing home's prior owner to manage the home. That arrangement would result in payment of the higher Medicare rate, with the additional funding divided between the nursing home and the hospital.

Given the financial standing of many rural hospitals, as well as many nursing homes, such arrangements have obvious appeal to officials at both entities.

But there are complications. Among other things, the Oklahoma Health Care Authority, which oversees Medicaid, would have to approve some rule changes that facilitate these arrangements. It's possible that minor changes to state law could also be necessary.

There are other factors that may deter participation by some nursing home operators and/or hospitals. On the nursing home side, a loss of ownership and direct control would be required. Hospitals could also face greater liability as the owner of a nursing home, although officials say that exposure could be limited.

Some hospital officials may balk because they have limited expertise in this area. Federal rules require that the hospitals have an active ownership role. That may involve a significant learning curve in some instances because there are rural hospitals in Oklahoma that typically have far fewer patients than there are at the closest nursing home.

From a big-picture perspective, those outside the health care industry may be concerned about increased federal spending.

The higher Medicare rate would provide up to $275 million annually to Oklahoma hospitals and nursing homes, but for all intents and purposes that money would be added to the federal deficit.

At some point, the federal government must address its debt problem, which means the higher Medicare rates may be short-lived.

It's reasonable to worry about increasing federal spending, but the additional money would be provided as the result of existing law. The partnership model has become common in some other states including Indiana and Texas.

Given that a major state budget shortfall looms, this model is one of the few ways to potentially increase health care funding in Oklahoma without forcing cuts to state spending in other areas. As such, state officials have reason to carefully consider approval of the necessary rule changes.