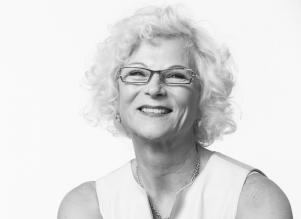 "My passion has always been to help build my community and make our government and our civic institutions work for the people," said Naifeh. "FKG does that, by giving Oklahomans a voice at the state Capitol, in city halls across the state, and in the press. I'm excited to get to work on behalf of our clients and help deliver the great results that FKG is known for."

FKG's partners praised Naifeh and said that her addition to the firm helps broaden the services they can offer to clients.

"Saundra has valuable experience in both municipal and state politics, as well as the private sector," they said. "Her insight and hard work will be invaluable to clients who have needs on the municipal level or are looking to broaden their coalition of supporters. We are excited to have her on board."

Naifeh is the recipient of numerous awards and honors including Journal Record Top 50 Oklahoma Women, Edmond Citizen of the Year and the 2015 George Nigh Executive Director of the Year award. She is a graduate of the University of Central Oklahoma and has been named a UCO Distinguished Former Student and a member of the university’s Luminary Society.

Saundra Naifeh is married to Frank Naifeh and has been an Edmond resident for 45 years.