Law Enforcement Must Be Included in Alcohol Talks 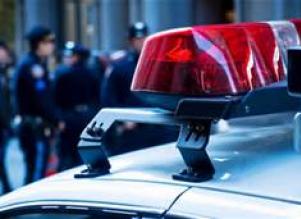 He said policymakers often create regulation requirements that police departments can’t enforce because they don’t have the time or resources. Then, the new law doesn’t work.

“It needs to be a collaborative effort,” said Galloway. “It should be a partnership.”

Galloway sat on a Wednesday morning panel discussion where alcohol regulators discussed the product’s threat to public safety. The panel was part of the Center for Alcohol Policy’s Forum event, held in partnership with the Oklahoma Alcoholic Beverage Laws Enforcement Commission.

He said another key issue is training, including training liquor store and nightclub employees and police officers about fake IDs. He said the IDs produced today have pictures that look like the person, but a computer was used to change the birthdate.

Oklahoma law does not allow minors in liquor stores, but the Retail Liquor Association has said it wants that law to change as a matter of convenience for parents.

Liquor stores have some products that when in the wrong hands can look like a non-alcohol item, said Lt. Erik Smoot with the ABLE Commission. He presented more than 10 slides featuring pictures of items such as Pocket Shots, Tippy Cow Rum Cream, and Yago Sant’Gria. All the items had brightly colored packaging, which said in small print that the liquid is alcohol. Smoot said he has given the same presentation to student, parent, and teacher groups statewide.

“We want people to make sure they have an understanding of what’s out there,” he said. “None of these products are bad. They’re just easily misconceived.”

Weighing bad versus good is also what ABLE’s Maj. Maureen Shanta said she does daily. She said the commission’s job is to enforce the existing alcohol laws, looking specifically at what’s prohibited and what’s not prohibited. There can be some gray areas, as the law doesn’t prohibit cocktail caviar, small liquor-filled balls that look similar to popping boba balls, often seen at frozen yogurt restaurants and in boba bubble tea.

The law prohibits human-powered bicycling bars because people can’t take full-point beer outside an establishment, and they can’t drink in public. The bicycle bars in Oklahoma can operate with 3.2 percent beer.

Another trend outlawed in Oklahoma is self-service bars, where customers can pour their own drinks or fill wine bottles. The law also outlaws food trucks from selling alcohol.

“The issue is not that it’s alcohol,” she said. “The issue is that alcohol is not an ordinary commodity. Our job is to apply the laws equally and fairly.”

But it can be difficult enforcing laws when ABLE and other law enforcement agencies are short-staffed. She said agencies often prioritize another issue, putting alcohol laws on the back-burner.

“That’s when (police) have to deal with the consequences, such as drunk driving and deaths,” she said.