How We Got Here Podcast: Let’s Get Gubernatorial 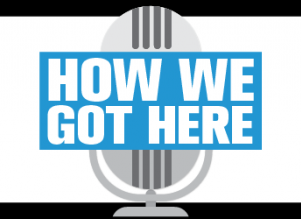 In less than four months, Oklahomans will take to the polls to vote in primary elections. Republicans, Democrats and Libertarians will all vote for their party’s gubernatorial nominee June 26. A runoff election could be held Aug. 28 if any party does not select its nominee with more than 50 percent of the vote in June.

For this episode of How We Got Here, NonDoc’s editor in chief sat down with Bryan Fried and Alex Weintz of FKG Consulting to discuss the 2018 gubernatorial race with Joe Dorman, the 2014 Democratic nominee for governor and the current CEO of the Oklahoma Institute for Child Advocacy.

Dorman describes his experience running for governor and discusses OICA’s hope that current candidates are pressed with the question, “What are you going to do to improve the lives of Oklahoma’s children?” He also recalls his first campaign for state representative in 2002, the same year in which current Republican gubernatorial candidate Gary Richardson ran as an independent.

Richardson’s insurgent, aggressive candidacies then and now provide the “how we got here” of today’s episode. Richardson has gone on the attack again in 2018, battling businessman Kevin Stitt for territory in Tulsa and Lt. Gov Todd Lamb on taxes. Meanwhile, former Attorney General Drew Edmondson is making his second run for the Democratic gubernatorial nomination, having lost in 2010 to then-Lt. Gov. Jari Askins. Now, former state Sen. Connie Johnson is challenging him on a ballot that will also feature medical marijuana.

For these topics and more — including how an 82-year-old woman in Rush Springs recalls Oklahoma City Mayor Mick Cornett — listen to episode 3 of How We Got Here by listening to the embedded audio file below or subscribing on Apple Podcasts, Podbean, Google Play and Pocket Casts.