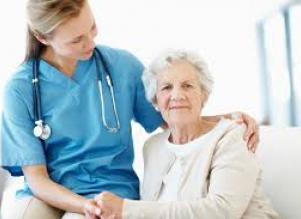 FKG is proud to be working with the Oklahoma Association of Health Care Providers on a plan to save rural hospitals and nursing homes. Read more below in today's Oklahoman.

Could funding program be prescription for better care at rural hospitals, nursing homes?

The Oklahoma Health Care Authority is making plans to participate in a federal program that could provide millions of dollars in increased funding for Medicaid patients.

Participation in the Upper Payment Limit program could generate up to $275 million in annual federal revenue for Oklahoma health care at no cost to the state, according to the Oklahoma Association of Health Care Providers.

"We are in active, open negotiations with the nursing home association and the Oklahoma hospital association to see about getting the program brought to the state," Jennie Melendez, a spokeswoman for the authority, said Monday.

She said that in order to participate, an amendment is being written to the state's plan with the federal Centers for Medicare and Medicaid Services. Also, state legislation supporting the proposal will be sought.

Most Oklahoma nursing home patients are on Medicaid, which has a reimbursement level well below that of Medicare. Under the program, nursing homes whose licenses are held by a public hospital not affiliated with the state could share in reimbursements for these patients at the higher, Medicare levels.

Association officials estimate up to 200 Oklahoma medical facilities would participate in the program, which they said would generate "up to $275 million in annual federal funding increases for the care of Oklahoma's Medicaid patients."

Melendez said that as part of the program, the state could put additional quality measures in place for the care of patients. The higher reimbursement rate could result in salary improvements for people working with these patients, she said.

The association said in a statement that the program could bring more financial stability to some nursing homes and help prevent some facilities from closing. It could also be of assistance to some rural hospitals, which are facing their own financial problems.

A report by the Henry J. Kaiser Family Foundation found that Oklahoma, Kentucky, and Mississippi were the three states with the highest percentages of nursing homes with low ratings on a set of quality standards.

Eddie Parades, senior vice president at StoneGate Senior Living, which operates nursing homes in Texas and Oklahoma, said the program is good for patients and providers.

He said the program began in Texas a few years ago.

"Since it began, the impact has been noticeable and significant, specifically for rural hospitals," he said.

There was increased access to care for patients, some medical facilities stayed open that would have closed and some nursing homes were able to improve their buildings and equipment.

"There's been more newer building, more renovations and general growth in the industry and enhanced care and satisfaction for Medicaid patients," he said.