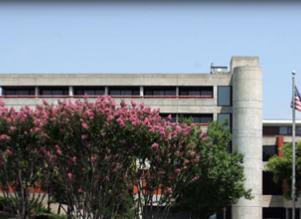 Some Oklahoma hospitals and nursing homes are working toward a program that will allow them to partner to bring more federal money to Oklahoma health care facilities.

Seventy percent of nursing home residents have their care paid for through Medicaid, and Oklahoma has one of the lowest Medicaid reimbursement rates in the country, approximately $138 per day for a Medicaid patient in Oklahoma vs. $179 per day nationally.

Working with lawmakers and officials in the Oklahoma Health Care Authority, the Oklahoma Association of Health Care Providers estimates that up to 200 Oklahoma facilities would participate in the Upper Payment Limit (UPL) Supplemental Payment Program, which it says could potentially generate up to $275 million in annual federal funding increases for the care of Oklahoma's Medicaid patients.

That new funding source stems from an existing federal program that Oklahoma is not currently participating in  the UPL. The payments would be divided between Oklahoma nursing homes and public hospitals. Several states, including Texas, have successfully utilized the UPL program to improve services and shore up finances of both hospitals and nursing homes, proponents say.

The program can be beneficial to hospitals in numerous ways, according to Randall Segler, CEO at Comanche County Memorial Hospital. He said it would be especially beneficial to Memorial because it is a governmental entity that qualifies for the program and operates its own nursing home that would receive additional funding.

"With our state having a budget and money crisis, it is vital for Oklahoma to obtain federal funds for programs whenever possible, and this program allows for additional funding for long-term care in Oklahoma," Segler said. "This additional funding will be positive for nursing home residents in that it will improve the quality of care rendered because in order to receive the funding, quality standards must be met. And access to long-term care for Medicaid recipients will likely improve due to the increased federal funding."

Current law allows nursing home providers whose operating license is owned by a non-state government-owned entity  such as a public hospital  to participate in the UPL program. The program allows participating facilities to receive additional payments for their Medicaid residents up to an amount they otherwise would have been paid by Medicare Part A for the same service.

"Should hospitals partner with other nursing homes, everyone would benefit from better coordination of care along with the continuum of care from acute care to long-term care," Segler said. "I don't see much of a down side to this program to anyone. If hospitals partner with nursing homes in this endeavor, the nursing home is still responsible to offer quality care and with additional funding. I would expect long term care in Oklahoma to improve on a number of fronts."

The state Legislature and Oklahoma Health Care Authority establish reimbursement levels for the care provided in the Medicaid program.

"Oklahoma historically has underfunded the state's nursing homes at less than the cost to deliver care, and the uncompensated gap appears to be getting larger and larger every year," said Eddie Parades, senior vice president of StoneGate Senior Living. The company operates nursing centers in Lawton, Norman and Tulsa, and one being constructed in Oklahoma City, as well as more than 20 in Texas.